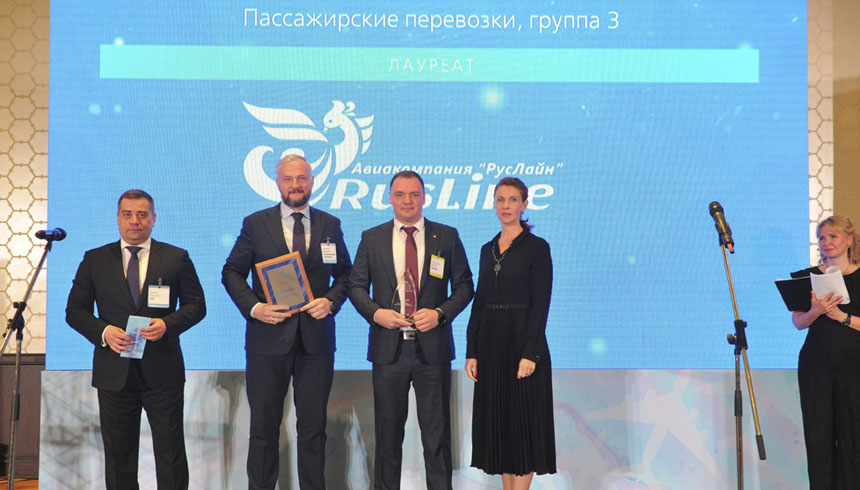 The «Wings of Russia» Award has been held for 25 years and is one of the most prestigious in the industry. Award-winning airlines are industry leaders who have made the greatest contribution to the formation and development of the Russian air transportation market. «RusLine» received the award for the first time in 2005, and the victory in the nomination by the end of 2021 is the ninth in a row.

«Our company continues to follow its goal, to provide high-quality air service between the regions of the country, which meets all flight safety standards. In 2021, we did a lot of work, we operated more than 15 thousand flights to about seventy destinations and ensured passenger traffic of over 500 thousand people. This award is another result of our team's activity. We are glad that our efforts have been recognised, and we thank the organisers of the Award and our colleagues from the industry for the high appreciation of our work», says Deputy Director General for Commerce of «RusLine» Aviation Company Alexander Krutov.

Photo by Organising Committee of the «Wings of Russia» Award

Subscribe on mail
8 809 505-46-69The price for a call is 64-68 RUB/min incl. VAT, depending on the telecommunication operator, including waiting time and talk time with the operator.
© 2007-2022 Airline "RusLine"
Flights in Russia: Moscow, St. Petersburg, Voronezh, Naryan-Mar, Kirov, Syktyvkar, Simferopol, Sochi, Kazan, Ivanovo, Belgorod, Ekaterinburg, Ufa and other destinations.